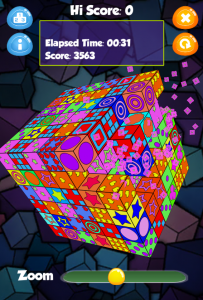 Tetriks Cube is a kind of fusion of Rubik’s cube, Tetris and Hole In The Wall.

The aim of the game is to get your cube to pass through as many walls as possible by rotating the cube so that the coloured blocks facing you line up with the coloured hole in the approaching walls. Get it lined up properly and you destroy the wall and score points, get it wrong and the wall destroys you and it’s game over.

As you progress the speed you move increases, giving you less and less time to react. How many walls can you negotiate on hard difficulty?

There are three levels of difficultly, the higher the difficulty the faster your cube moves at the start of the game. But you score more points per wall as a reward.

There are separate Google Play Game Services leaderboards for each difficulty level and various achievements to unlock. Are you skilled enough to be the top scorer?

The simple swipe control system makes this an easy game to pick up, but it will require quick thinking and fast reactions to stay at the top of the leaderboard.

Based on the traditional picture tile sliding puzzle, unscramble the pictures by sliding the jumbled parts into the empty space.
Try to beat your best time and amount of moves for each picture.
Unlock more pictures as you play.

★ 60+ Pictures to choose from.
★ 5 Levels of difficulty
9 Tiles –   Easy
16 Tiles – Harder
25 Tiles – Challenging
36 Tiles – Very challenging
49 Tiles – For experts only
★ Records progress for each picture on each difficulty
★ Simple swipe to move controls

All pictures Designed by Freepik.com 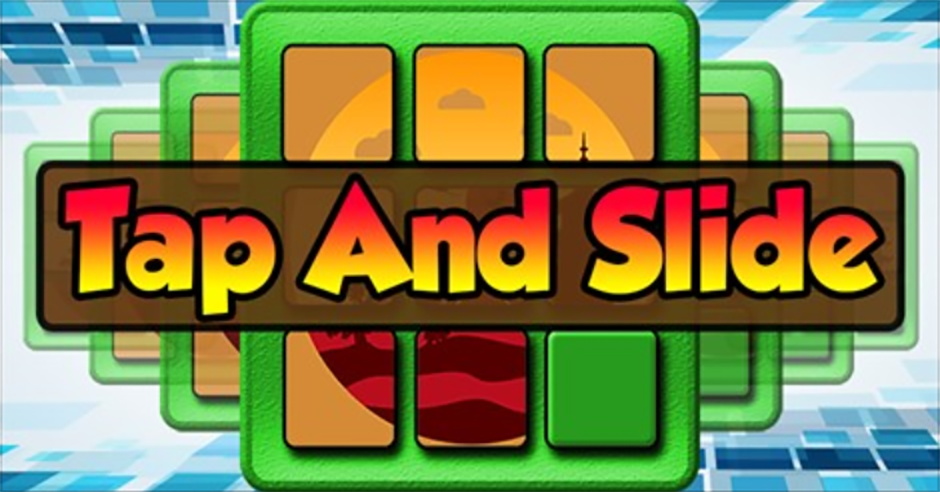 More difficult variation of the traditional picture tile sliding game, how quickly can you unscramble the pictures by sliding horizontal and vertical rows of tiles?

On 16 tile puzzles and above this is a very difficult puzzle to solve, and will definitely suit those puzzlers that seek a challenge. Can you solve a 36 tile puzzle?

All pictures Designed by Freepik.com

Based on the classic game of Peg Solitaire, you tap and slide one peg over another into an empty space and the peg that was ‘jumped’ over is removed from the board.

The idea is to end up with only one peg remaining.

★ 12 different peg layouts.
★ Easy mode – allow diagonal moves.
★ Normal mode – horizontal and vertical moves only.
★ Multi level undo system, can undo moves back to the start of each game.
★ Separate Win/Loss stats tracking for each board layout for easy and normal mode.

Or click here to play in a Unity Web Player

Or Click here to play in a Unity Web Player

Defeat the invading alien snowmen and save Christmas.